Started in the 1920s as "Bay Shore," it prospered in the mid-20th century and fell on hard times along with most of Miami's other inner city neighborhoods in the 60's and 70's. More recently Morningside was the first historic area in central Miami to experience gentrification with an influx of more-affluent residents. It has now been fully restored. The Morningside Historic District (officially the Bayshore Historic District) runs from NE 55th Street to NE 60th Street; it was the first historic district to be designated as such in the City of Miami.

The Morningside Historic District is significant to the history of architecture, landscape architecture, and community development in Miami. Developed primarily between 1922 and 1941, Morningside contains a wealth of Mediterranean, Art Deco, and vernacular style houses that reflect the diversity and direction of architectural design during the 1920s and 1930s. Morningside is one of Miami's best planned subdivisions, featuring wide, tree-lined boulevards that contribute to the character of the area. This neighborhood was envisioned as an exclusive, residential community, and its amenities and location on Biscayne Bay attracted many influential and prominent local residents. One of Miami's most intact historic neighborhoods, Morningside is the City's best remaining example of a boom-era suburb.

The Morningside Historic District stands today as one of Miami's most intact historic neighborhoods. Despite the number of post-1941 buildings in the area, Morningside retains a high degree of historic and architectural integrity. This is due, in part, to the fact that most later buildings are not intrusive, but respect the earlier structures in scale, setback, materials, and workmanship. The majority of neighborhood residents recognize the special character of the area and desire its continued preservation.

As Miami's population expanded during the late 1920s and early 1920s, new subdivisions reached northward along Biscayne Bay. In 1922, a large, undeveloped bayfront tract near the northern city limits was platted. Called Bay Shore, this area was subdivided by the Bay Shore Investment Company and was the first of three phases that would be developed by the company between 1922 and 1924.[4]

Houses constructed in the Morningside Historic District reflect the eclecticism popular in the early twentieth century. The earlier buildings in the district are predominantly Mediterranean Revival in style, while structures built in the 1930s and early 1940s are frequently Art Deco. Outstanding examples of both styles are found here. Morningside also features a large number of masonry vernacular buildings that frequently utilize elements of several styles. An unusual Tudor Revival style house and one of the City's best examples of Mission style architecture add to the area's architectural diversity. 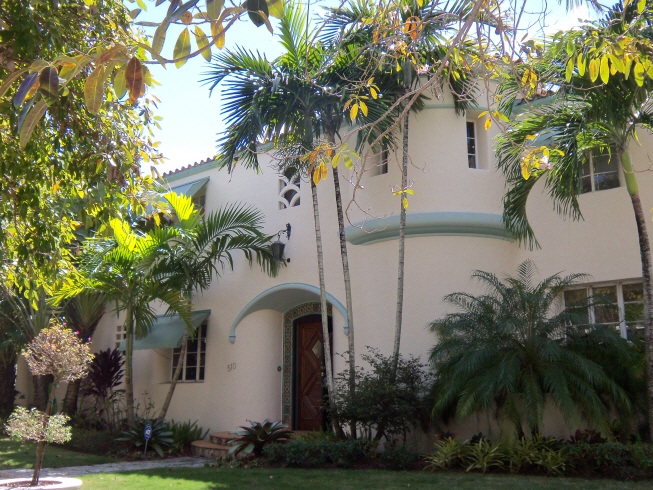 Find a Home in Morningside